This entry in my games of the decade will be a lot more fun than the last one!

Yakuza as a franchise was an interesting gamble of the aughts for Sega. Finding themselves struggling, adrift as a multi-platform developer in the wake of the Dreamcast’s failure and their decision to go third party, the game’s story is a fascinating one. The game’s core creative, Toshihiro Nagoshi, bet his job on the game’s success, and that bet has paid off gloriously for Sega and Nagoshi.

In the 2010s, however, the series gained a new lease on life, via Yakuza 0 and the Kiwami remakes of the original two titles that has brought new eyes to the series (including mine!) and made it a popular touchstone of modern gaming. Which is wild when you consider that it was iffy in the west, even when the first game employed a full dub and the voice talents of Mark Hamill among others!

Yakuza is most easily described by what it is closest to, before describing all the ways it transcends that for me. Yakuza is, at its core, a Japanese reimagining of Grand Theft Auto. The game is focused on a criminal, who deals with his lot in life as a member of the Yakuza. However, having said that, it deconstructs GTA in a lot of really interesting ways that I think make it a stronger game. 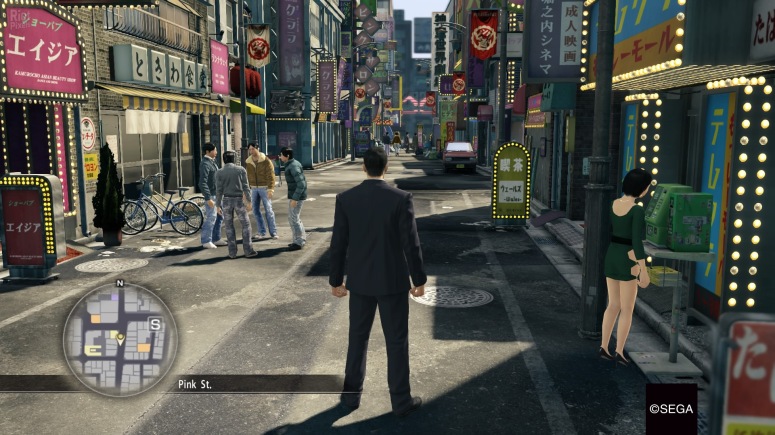 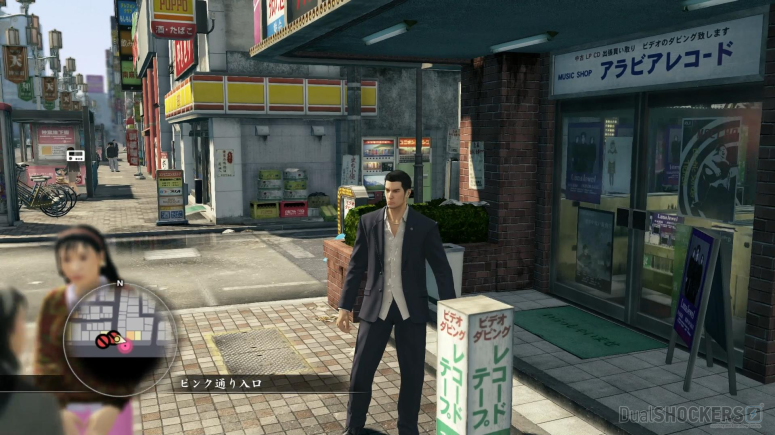 Where GTA is about a massive map area and tons of space for activities, Yakuza is about a narrow focus and a ton of detail. Where GTA is about wonton violence, bloodshed, and rampant criminal acts, Yakuza often paints its various protagonists as heroes in an odd sort of way – a reflection of the ways in which Yakuza often deal “honorably” in real life. While Yakuza’s stories tend to be similar to GTA’s in many ways – dealing with a big crime and the fallout, Yakuza’s stories have vastly different cultural filters which make them, at times, more appealing. Altogether, these elements combine to make an experience that scratches a lot of the same itches as GTA, but in a more memorable way.

The best thing about them to me, however, is simple – none of the games take themselves too seriously. Yakuza is, at its heart, a series about the contradictions of living life as a crimelord while also existing in modern Japanese society. Where GTA often has irreverent humor that makes the characters out to be sociopaths with sometimes human sides, all of the Yakuza characters have a sort of joyousness about them that is consistent and makes them more relateable and human. Kiryu in Yakuza 0 is tied up by a sense of honor instilled by his adoptive father, tied to the Dojima Family and willing to exile himself to see his principles upheld, but also, he is lighthearted, speaking kindly to children, playing UFO catchers, talking to cute girls on the phone nervously, and singing karaoke. Kiryu’s life as a character feels complete and whole, like if I turn off the game, I can imagine he still lives a full life with all of this variety and flavor. Even as much as I liked some GTA protagonists like Niko in IV, I never felt that same degree of connection with them.

That feeling of fun extends to combat. The game has a strict no-killing rule, so rather than shooting until all your foes are on the floor, you engage in stylish, fun combat, beating up foes with a myriad of different moves, including environmental assistance, which makes the game feel more frenetic and fun while also building the lore – Kiryu can only be the Dragon of Dojima if he is a master of combat! Further, combat can be avoided, if you want to do that – simply run and turn and you can dodge right out of most fights. If you want bigger challenges, each game has something to offer, like the Mr. Shakedown random encounters in Yakuza 0 – he’s a tough fight most times you see him until late in the game, but there is a huge risk/reward there, so you can make decisions about how to challenge him or even if you do at all.

The stories told all introduce a lot of heart to the proceedings. Kiryu eventually, later in the series, ends up running an orphanage, and the seeds for that are so clear early on that it feels natural and real. Each of the other protagonists in the series, while perhaps less developed than Kiryu, have their own paths that feel fairly clear and create a sense of growth from game to game. The minigames, side quests, and random events you can happen upon as you move through the game add lots of extra flavor about the characters and the seedy district of Kamurocho. 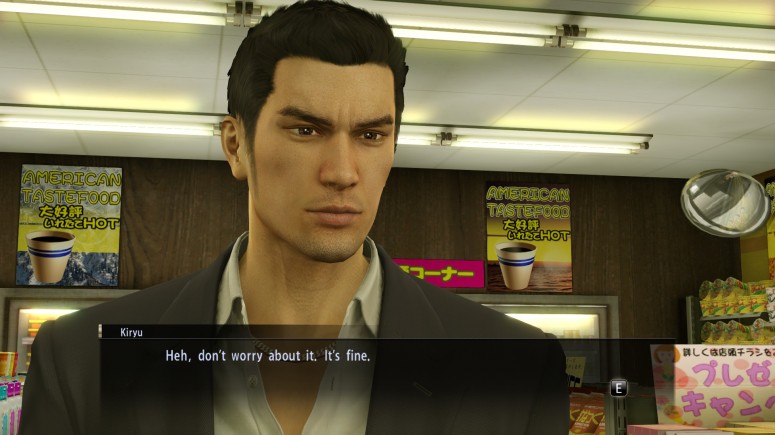 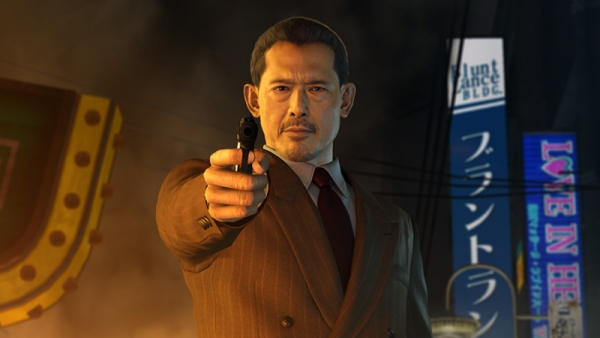 Lastly, since we are talking about the 2010s specifically, one thing I applaud the developers for is taking a chance to update their games to make them more inclusive for the times. A remaster can be an easy, straightforward cash grab to many developers, rather than a chance to rework problematic aspects of the games to fit modern sensibilities. Yakuza, especially boldly for a Japanese game, used the Kiwami series and remastered later titles to remove some transphobic material from the games, creating a better, more inclusive environment at no cost to continuity or story cohesion. For any developer to do that is bold, for a developer from a country with a smaller, more hidden population of such individuals makes it more laudable. Cynically, sure, it could be written off as “woke capitalism” but unlike other such changes or additions to popular media, this didn’t feel like an attempt to sweep the prior material under the rug, and so I feel like it is worth a mention.

All of this is capped off with strong art direction – characters whose aging over the franchise is consistent and realistic, environments that feel authentic and real (as someone who has been to Kabukicho, I can definitely see the attention to detail in the little things), and good sound direction – Yakuza shines in the modern era, particularly via 0 and Kiwami 1/2.

Even after watching the excellent Let’s Play of Yakuza 0 from the Super Best Friends (rip), I still wanted to play the game and when I got it on sale last year, I pretty much went right through the full story in a few days, eager to play myself.

At the end of the day, that is what gaming is about to me – a story with hooks, twists, and turns, engaging characters, and a sense of believability that lets me immerse myself in the world and rewards me for it. It may not be everyone’s cup of tea, but for those who like the core gameplay loop, a ton of fun awaits. 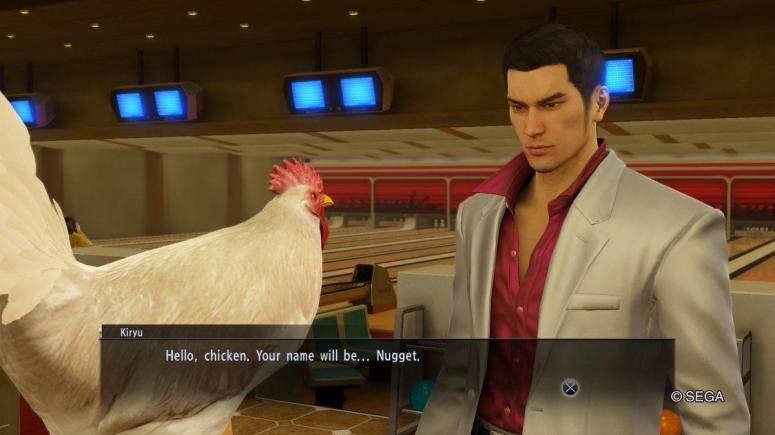